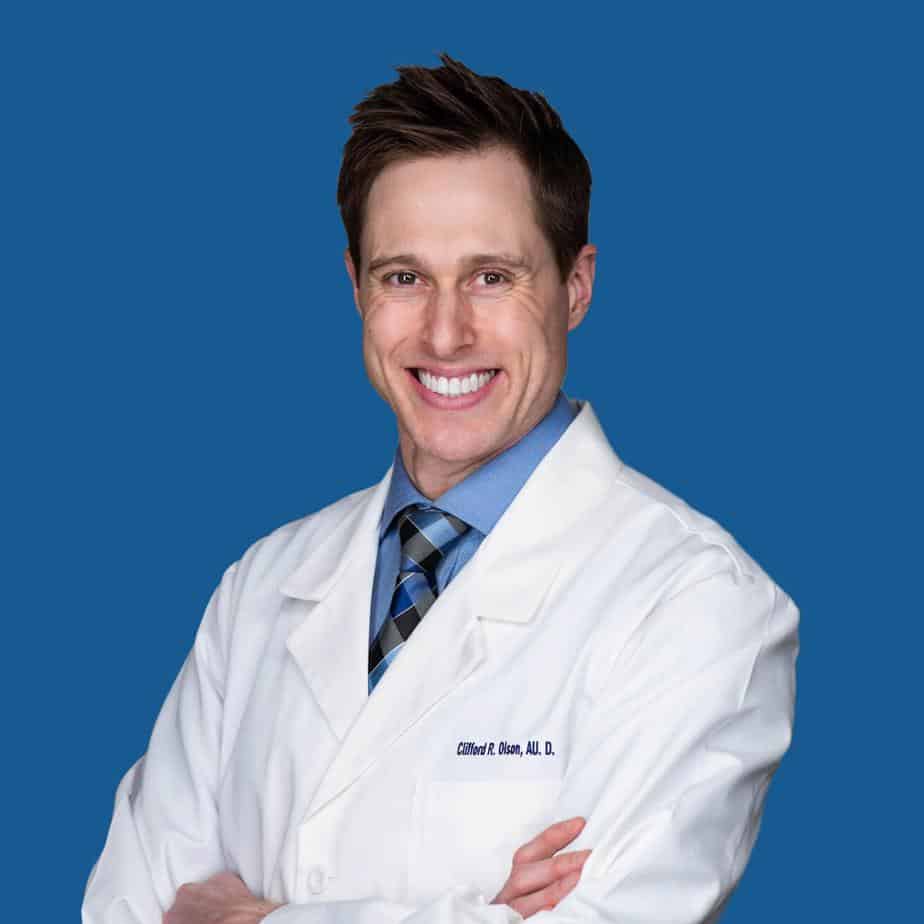 Dr. Olson is a Board Certified Audiologist and holds his doctoral degree from the University of Illinois at Urbana-Champaign. Dr. Olson is a member of the Academy of Doctors of Audiology, a Fellow of the American Academy of Audiology, and holds his Certificate of Clinical Competency from the American Speech-Language-Hearing Association. He is also an adjunct lecturer for the Department of Speech & Hearing Science at his alma mater.

In 2006, following his service as a Marine Corps Scout Sniper team leader, he had an intimate understanding of audiology due to the time spent with a military audiologist. After completing his undergraduate studies at Lindenwood University in St. Charles, MO, he decided to pursue his doctorate in audiology.

He moved to Arizona in 2015 because of his love for the outdoors. When he’s not treating hearing loss, he spends his time creating informational videos for his Youtube channel Doctor Cliff, AuD, to help consumers around the world, better understand hearing loss and their treatment options.

Disclaimer: The providers in the Dr. Cliff AuD Approved Provider Network have committed to following the Dr. Cliff AuD Best Practice Checklists as well as several additional criteria to ensure the best interests of individuals with hearing impairment are being taken into account.  After meeting the requirements for approval, providers pay a fee to be listed in the Network.  While the purpose of the Network is to help consumers find a high-quality hearing healthcare provider, it does not guarantee treatment satisfaction.  It is also worth noting that there are many outstanding hearing healthcare providers throughout the world who are not part of the Dr. Cliff AuD Approved Provider Network.

What does it mean to be a Dr. Cliff Approved Provider?