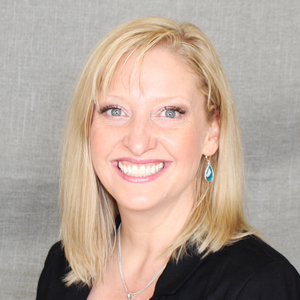 Dr. Whitney Swander attended the University of Northern Colorado with the hopes of helping people, but without knowing how she hoped to do that. Within a very short time, she learned about the roles of Speech- Language Pathologists and Audiologists and earned Bachelor’s degrees in Speech-Language Pathology and Audiology in 1998. Dr. Swander went on to immediately earn her Master’s degree in Audiology in 2000.

Dr. Swander began working at Hearing HealthCare Centers while it was still under the ownership of Jim Boggess in May of 2000. She purchased the Boulder and Longmont locations in 2008, and the company has grown to eight Front Range locations since then.

Over the nearly 20 years that she has been helping people to hear better, she has become even more passionate about the role that hearing technology can play in restoring people’s ability to feel fully engaged in social situations, without having to worry about missing out. As technology has improved over the years, her patients have been able to achieve higher and higher levels of success and satisfaction with hearing aids. She loves watching people take back their life when they take charge of their hearing. Part of her vision is to not only to help people hear better, but to help them live better. She hopes for anyone coming in for an appointment to feel a sense of belonging as they enter the clinic and to know they will be in great hands.

Along with helping people hear better on a local level, Dr. Swander has also traveled to Africa multiple times to fit people with hearing aids through the Starkey Hearing Foundation. When Dr. Swander is not helping patients or running the practice, you can find her gardening, cooking and spending time with husband, Jeff, and two rescued beagles, Maddie and Marley.

Disclaimer: The providers in the Dr. Cliff AuD Approved Provider Network have committed to following the Dr. Cliff AuD Best Practice Checklists as well as several additional criteria to ensure the best interests of individuals with hearing impairment are being taken into account.  After meeting the requirements for approval, providers pay a fee to be listed in the Network.  While the purpose of the Network is to help consumers find a high-quality hearing healthcare provider, it does not guarantee treatment satisfaction.  It is also worth noting that there are many outstanding hearing healthcare providers throughout the world who are not part of the Dr. Cliff AuD Approved Provider Network.

What does it mean to be a Dr. Cliff Approved Provider?